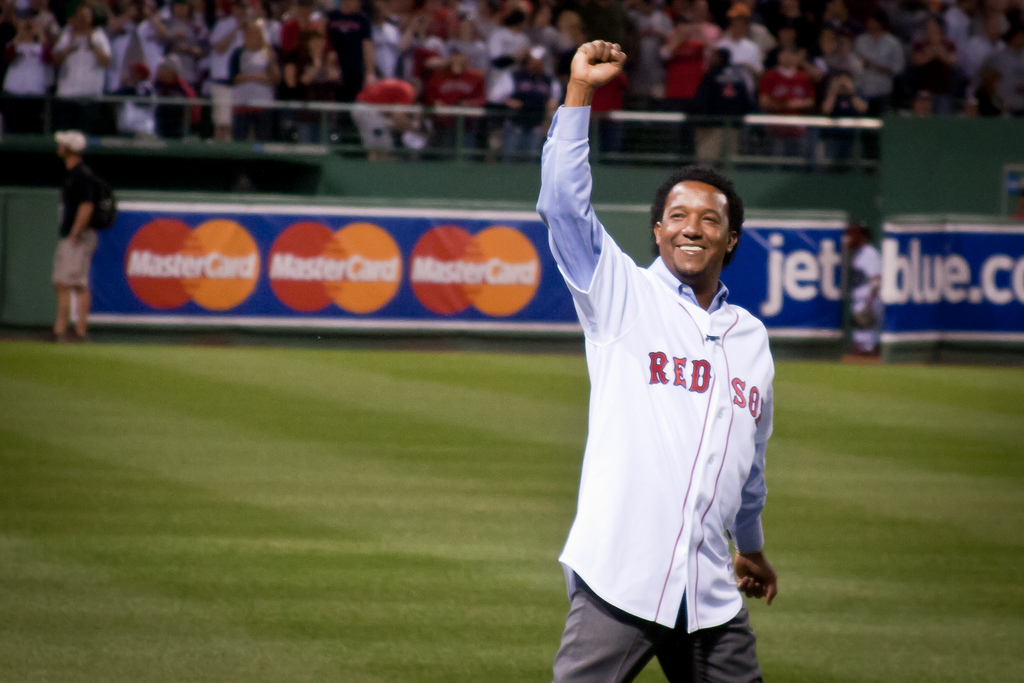 The Red Sox announced that Martinez’s #45 jersey will be retired before the July 28 game against the White Sox in Fenway. Martinez will also be inducted into the Baseball Hall of Fame two days prior. Red Sox owner John Henry on Pedro:

“To be elected into the Baseball Hall of Fame upon his first year of eligibility speaks volumes regarding Pedro’s outstanding career, and is a testament to the respect and admiration so many in baseball have for him. And baseball fans admire Pedro for more than his remarkable career accomplishments. His dynamic personality, love for the game, his fearlessness coupled with humility, his passionate, competitive spirit, and his ability to squeeze every ounce of talent out of a small frame were reasons so many fans connected with him. For me, personally, he was one of the most incredible pitchers I’ve had the privilege of watching, and one of the reasons our ownership group arrived here in 2002. We very much look forward to honoring Pedro’s remarkable career this July.”

Martinez is a three-time Cy Young Award winner and eight-time All-Star who spent seven seasons with the Red Sox. He went 117-37 with a 2.52 ERA with Boston. He holds franchise records in strikeouts per nine innings (11.0) and opponent batting average (.206) and has the best winning percentage in franchise history.

There will never be another player to wear #45 for the Red Sox. It is now reserved for a legend.

Enter your email address to receive the latest news and upcoming matches.